Even before the Russian invasion in 2022, Ukraine was one of the most mine-affected countries in the world. Truces and periods of short-lived peace have not been enough to eliminate the constant threat UXO has posed to civilians, especially given the renewed fighting between Russian and Ukrainian forces. However, Ukrainian and international agencies are not only removing exceptional amounts of UXO, despite the chaotic situation, but are already beginning to plan for the future, where civilians may return to an environment which is even more saturated with explosive ordnance than before.

The UXO Legacy In Ukraine

Ukraine has been coping with the devastating legacy of UXO since World War Two, but 21st-century conflicts in 2014 planted newer, more sophisticated ordnance across wide areas. Despite Ukraine having ratified the 1997 Mine Ban Treaty, both sides deployed stockpiled mines from the Soviet era, leading to a highly contaminated area in Eastern Ukraine. This area, known as the ‘contact line’ between government-controlled and separatist-controlled land, is littered with UXO and victim-activated mines and booby-traps, posing a constant danger to the 55,000 children who lived near the line. A disproportionate number of victims are children, with an untold number killed, mutilated and traumatised.

During ceasefires, removal initiatives intensified, often with the help of foreign organisations. Disposal experts were sent to dispose of mines during periods of respite and eliminated thousands of unexploded devices. 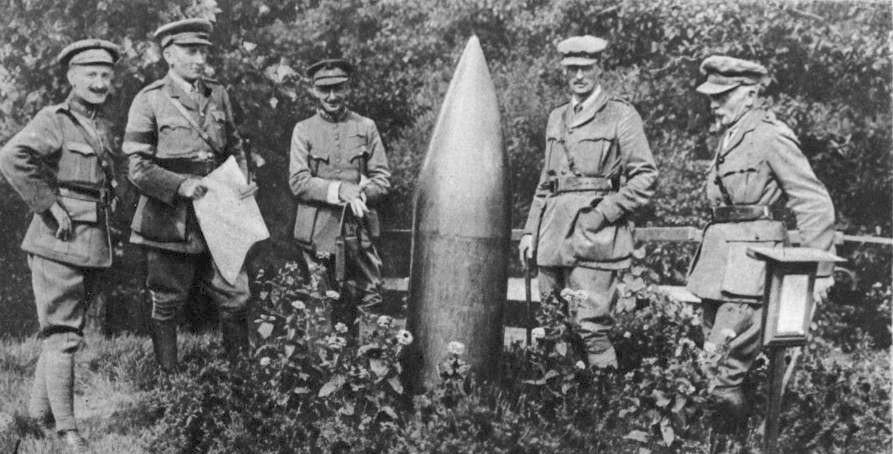 Since the 2022 Russian invasion and bombardment began, thousands of anti-personnel and anti-tank mines have been introduced. Given the current tumult, an organised full-scale humanitarian effort cannot take place, but according to the Geneva International Centre for Humanitarian Demining, 80,000 items of ordnance have already been dealt with. The size of the problem is illustrated by the fact that 10-30% of explosive weapons do not function as intended, whilst many others are simply abandoned.

Among these are non-discriminatory weapons such as cluster bombs, deployed by Russian and Ukrainian forces alike. Cluster bombs, or cluster munitions, open up in midair to release hundreds of submunitions, which spread themselves over a wide area. Although they are designed to detonate on or before impact, they often fail to explode, saturating a broad area with UXO.

Although demining operations are doing excellent work, it will take years to make the land safe again, putting another obstacle in the way of reconstruction and a return to normal.

In the meantime, Ukrainian authorities are working with UN experts, international agencies and local organisations to increase the flow of information between partners and sources. This shared data is being used to improve strategic mapping of threatened areas and to come up with the safest and most efficient solutions.

Authorities are also planning for the future and working to educate aid workers and remaining civilians. For example, EORE (The Explosive Ordnance Risk Education Advisory Group) have been preparing extensive guides, whilst actors have been promoting material aimed at educating individuals on risks, good practices and the many evolving threats. The current priorities are protecting lives and reducing danger, although this will transition towards more permanent reconstruction and development efforts as the situation stabilises and some of the millions of refugees return to their homeland.